Before you go, check this out!

We have lots more on the site to show you. You've only seen one page. Check out this post which is one of the most popular of all time.

Anaheim peppers are long peppers, carrot-shaped with slight, curvatured fruit bottom, that score in the “moderate” heat range on the Scoville heat scale (500-2500 Scoville units) that measures intensity of capsicum that imparts “heat” to cuisine.

Used popularly in Mexican-style cuisine, Anaheims often make a good choice substitute for the diced, green chilies called for in many a Southwestern-style “Tex-Mex” recipe. The bushy plants themselves need no staking.

Each plant can produce a whopping load of green peppers. When red, they are called chile colorados.

The Anaheim itself is the preferred pepper for the savory stuffed dish Chile Rellenos. Ristras can also be made from the dried pods of Anaheim peppers.

How the Anaheim pepper got started

For in fact, in 1907, a man named Fabian Garcia (director of an educational agriculture experimentation venture) embarked on an effort to conventionalize the pepper plant then grown in California at a time when farmed varieties were not distinguished for their heat nor for their size.

Today, the Anaheim is the Californian pepper that descended from varieties grown by Emelio Ortega, who farmed peppers on his 300 acre plot near Anaheim, California and was so successful that the pepper was recognized as the Anaheim though in fact the busy farmers of New Mexico had been working toward breeding improved excellence all the while.

Now there is a walloping amount of Anaheim seed since last harvest and the six emergent seedlings should appear most any day now.

A whole lot more could have been gotten for the harvests if they had been picked green (here in Zone 6 all outdoor-planted peppers grow as annuals), but the maximum vitamin C that riper peppers are known to deliver is preferable.

Anaheim peppers like to grow in enriched soil with added compost and grass clippings on top and respond to a tiny bit of chicken manure added once each month and love to be kept fully weed-free.

Early indications show a fondness of being planted among beans. No pesticide was used because except for the errant cutworm, bugs tend to leave our peppers alone here in our Zone 6-7 for the most part even when the hornworm caterpillar has been swift to defoliate our tomatoes.

There were a few peppers affected by partial rotting that were itself probably the result of calcium deficiency – a mistake that could had been corrected swiftly by adding a couple tablespoons of bonemeal to each hole before planting.

Adding the same amount of powdered limestone (calcium carbonate) offers another possibility, whilst not being instantly available to the plant itself, although tomatoes prefer their pH slightly on the acid side rather than the alkalinity of lime.

Whether compensating with regular offerings of coffee grounds or a couple of teaspoons of Aluminum Sulfate, the most accurate way to measure the immediate percent of hydrogen is to use a pH meter.

Based on the success of the harvest, planting Anaheims on a berm or mound is recommended, preferably with at least 8 inches of the plant buried (“root potential”) in compost-enriched soil.

In planting, be sure to water first the hole with any dirt mixed into the hole removed or placed next to the hole.

Next, lower the plant root-ball woven well in with the soil into the hole and hold the bottom of the stem there, grabbing dirt from the pile and dropping it in around the root-ball until it can stand on its own.

At this point, if you have clay soil, alternate layers with mixed dirt and a couple of pure layers of clay because clay holds water longer.

Use your best judgment about the clay if planting other than from a hill above a valley. Once flowers appear on the pepper bush(es), organic fertilizer may be applied safely in accepted quantities (usually only a problem with fresh manure).

And when mass fruiting begins, application of your fertilizer of choice may help hasten fruits along their way. Remember, it is best to water your peppers upon any application of fertilizer.

However, if using compost, watering is optional. Any use of synthetic fertilizer should be done using two-week intervals. However, the organic fertilizer method should end up being cheaper and easier to implement in any case.

You also need to know not to hoe deeply near a pepper plant but instead give it an 8-inch radius of space, because some of its roots may cluster near the soil line.

A Cape Cod hoe can be useful to cut barely below the top of the soil though a dandelion puller may be just as suited to the task. Remember, water and full sun is essential for the successful growth of peppers and their fruit.

Anaheims can be harvested red or at any stage after green. For harvest, it is best to wait at least until green and fully mature at about 6-8 inches in length.

The plant should be loaded down eventually with peppers throughout the bush. Pick off any peppers that look unsightly with significant grey or black damage and make a note of how they look.

Any signs such as these or additional signs such as holes in your leaves or more than likely leaves with spots would indicate either insect damage or disease.

You may investigate the type of plant disease and fix it with the application of a missing nutrient. One organic pesticide that often is used is called insecticidal soap.

The soap is poison and the insects do not like the taste. Further, it does not kill the beneficial insects that cross-pollinate your peppers. Your peppers will be willing to grow on up until frost.

If there is no frost in your area then you are lucky because your peppers are perennials! Light frosts that kill peppers can often be foiled by placing a trashcan or similar container upside-down over the pepper plant the night before frost is expected.

For plantings in subsequent years, try to avoid planting the next year’s crop in the same spot in order to engage crop rotation.

Anaheims are easy to grow and at their minimum need to be watered to remain moist and planted in enriched soil to produce a decent crop of peppers.

A thick layer of compost once the peppers are at least a foot tall helps retain moistness for the peppers even after bare soil has become dry.

Frequent weeding at least once per week keeps the peppers out of trouble with unwelcome competition. Inspect the growing peppers for any signs of damage.

Once you have harvested your own first crop of Anaheims, then you can consider yourself to have been successful at growing Anaheim peppers.

Tall green stalks for an unbeatable crunch. Homegrown Celery has a zesty flavor and crunch that beats mass-produced varieties hands down. There are two basic types of Celery; standard green...

Red beets are one of the earliest vegetables and one of the most nutritious crops for the home gardener. Beets, or beetroots, are a root crop and both the underground beet and the top greens can be...

Welcome to Garden for Beginners! We are Joyce and Donella, and we're sharing what we've learned along the way in our own gardening adventures.

This site is a participant in the Amazon Services LLC Associates Program, an affiliate advertising program designed to provide a means for sites to earn advertising fees by advertising and linking to Amazon.com. We are compensated for referring traffic and business to Amazon and other companies linked to on this site. 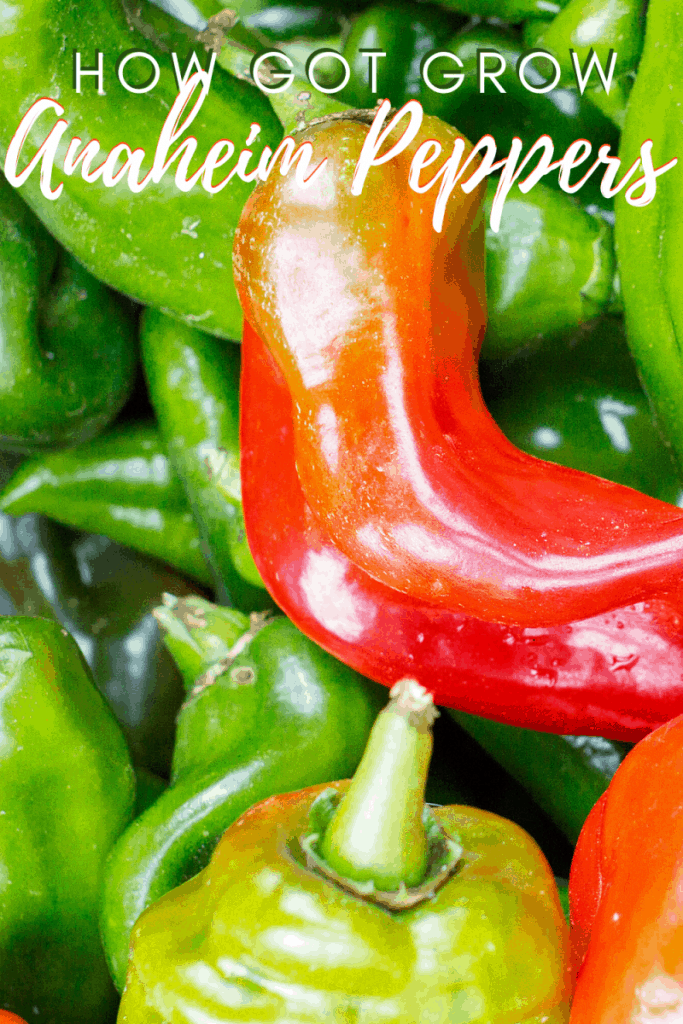