Before you go, check this out!

We have lots more on the site to show you. You've only seen one page. Check out this post which is one of the most popular of all time.

Azaleas and rhododendrons are two of the most popular flowering shrubs in North America. They can be found everywhere from your grandmother’s front yard to professionally landscaped gardens. But how do you tell them apart?

There are many similarities between these plants, but there are a few distinct differences that can help you tell these two apart. 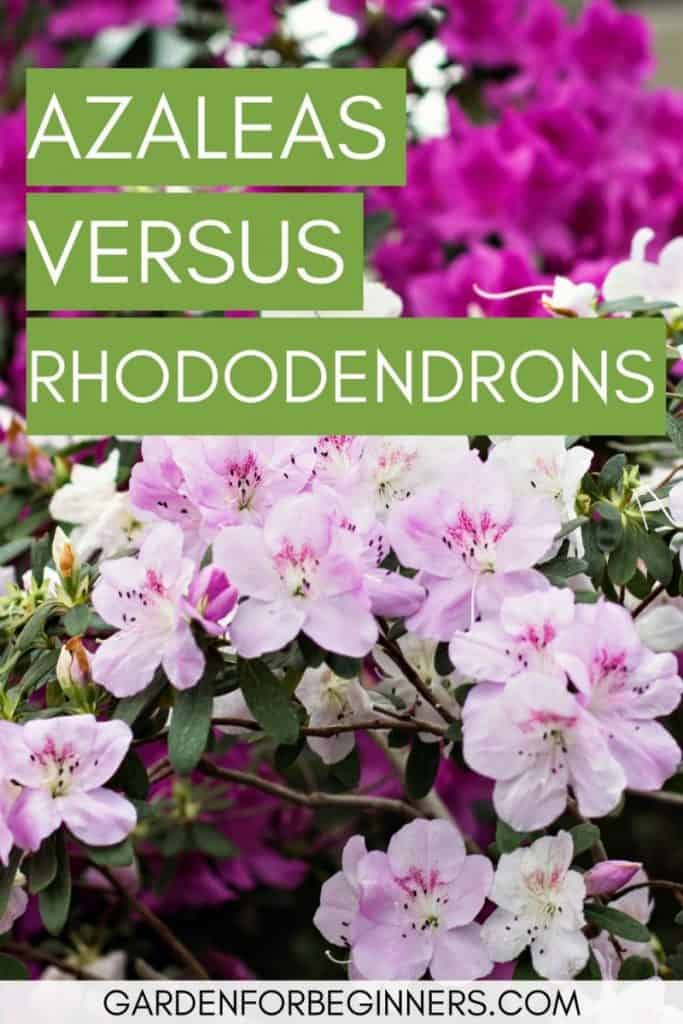 What are the differences between azalea and rhododendron flowers?

The most obvious difference between the flowers of azaleas and rhododendrons is how they grow. Azalea flower stems are typically erect, while those on true Rhododendron plants tend to be more horizontal in growth. Other differences include shape: Azalea flowers naturally hold their petals back at a 45-degree angle when fully open and are funnel-shaped; meanwhile, the bell-shaped blooms that emerge from a typical Rhododendron plant will have some opening along its length. 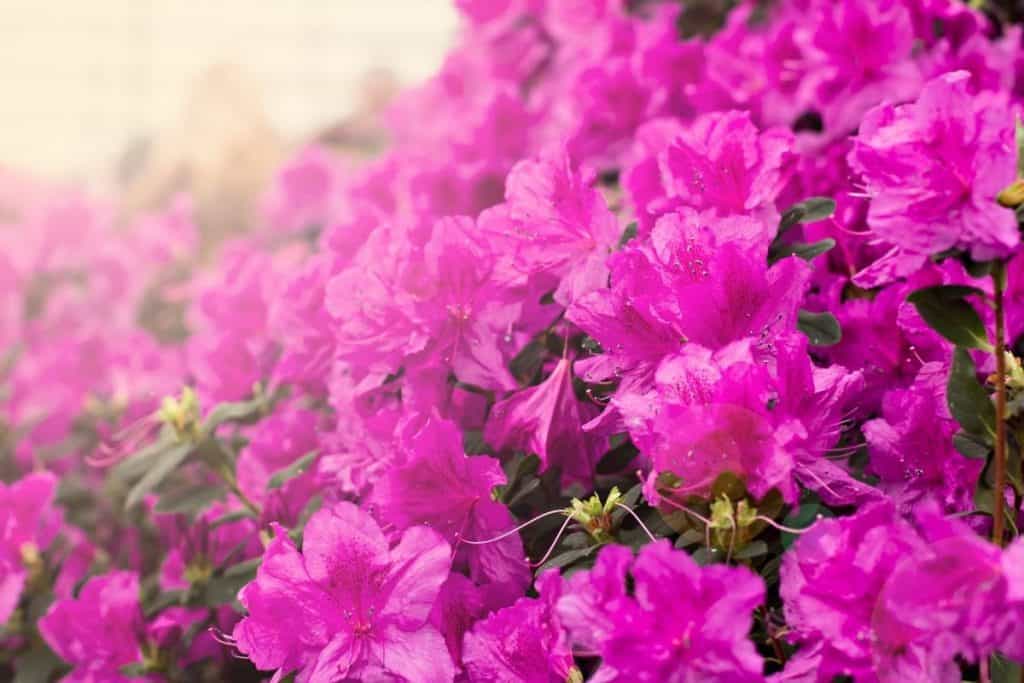 What are the differences between azalea and rhododendron leaves?

The leaves of these two plants are also different. Azalea foliage is typically glossy green, while Rhododendron leaves have a more matte finish and can come in shades of darker greens to reds. In addition, rhododendrons tend to produce broad-leafed growth with occasional smaller leaflets on the ends; azaleas on the other hand will grow into multiple thin strands that give off an appearance similar to oak or holly trees.

Are azaleas in the rhododendron family?

The azalea is a member of the Rhododendron genus, but it isn’t always in the rhododendron family. There are many different types of azaleas that grow in various regions around the world, and some varieties are more closely related to other plants instead. 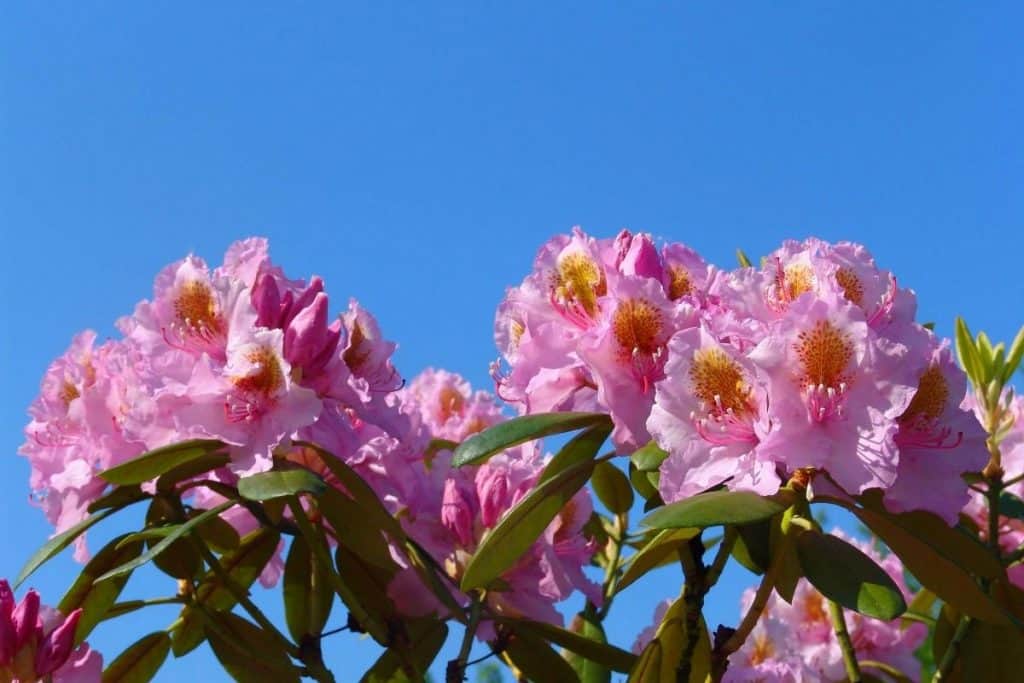 How big are azalea bushes versus rhododendron bushes?

Azaleas are small to medium-sized shrubs. Rhododendrons are usually larger shrubs than azaleas, with larger leaves. The size of the plants and their leaves will depend on how much sun they receive.

Can azaleas grow in the shade?

Azaleas prefer to be grown in full sunlight, so you should avoid planting them under a tree or where other shrubs are blocking out the sun – if planted too far into the shade, azalea bushes can grow taller than expected with small leaves that turn yellowish-green. However, azaleas can do well in partial shade if it gets at least four hours of sun each day. 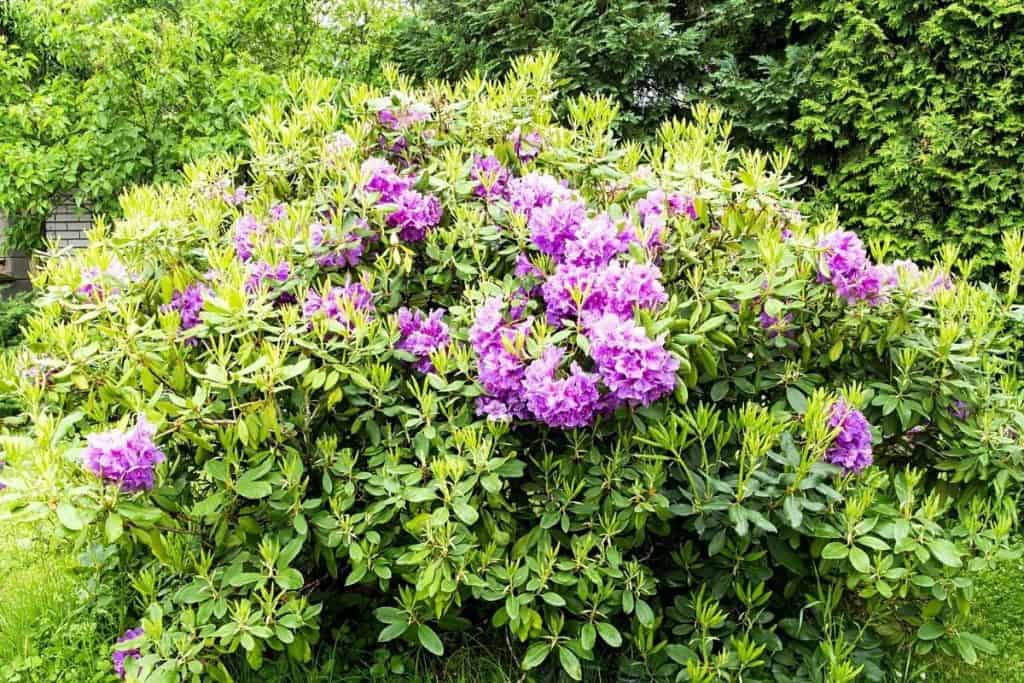 Can rhododendrons grow in the shade?

Rhododendrons don’t need as much direct light because they’re generally more tolerant of shady areas. Rhododendrons prefer dappled sunlight, but they can grow well in full sun and moderate shade.

Do deer eat azaleas and rhododendrons?

A hungry deer will eat the leaves off almost any plant. They are more prone to eating the leaves of azaleas but will often leave large-leaved rhododendrons alone. Azaleas are quite appealing to deer and are frequently damaged by them. If you want to keep your azaleas and rhododendrons free from deer damage, surround them with a deer-resistant hedge or fence.

In conclusion, both are beautiful flowering shrubs. However, if you want to tell the difference between azaleas and rhododendrons, just look at the size of the bush, the flower shape, and the leaves.

Having a Hydroponic Herb Garden is the best way to grow your favorite herbs when you don’t have enough space or ground. And maintaining it is not as complicated as it seems. With enough basic...

Poinsettia is a perennial houseplant and a well-known part of decorations during Christmas. Thus, it is sometimes called the Christmas flower. However, most people think that growing poinsettia is...

Welcome to Garden for Beginners! We are Joyce and Donella, and we're sharing what we've learned along the way in our own gardening adventures.

This site is a participant in the Amazon Services LLC Associates Program, an affiliate advertising program designed to provide a means for sites to earn advertising fees by advertising and linking to Amazon.com. We are compensated for referring traffic and business to Amazon and other companies linked to on this site.